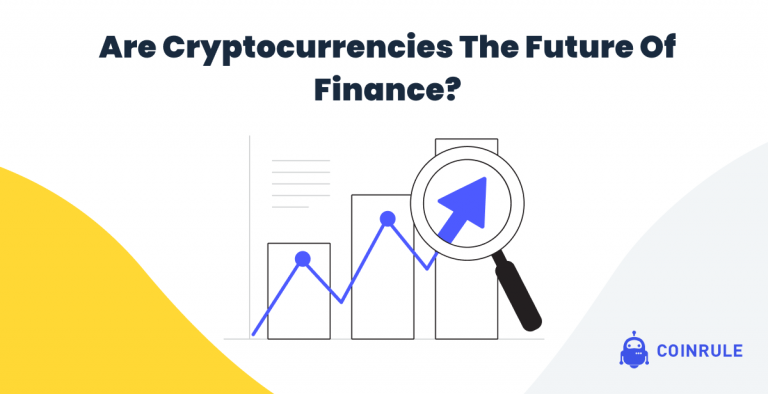 Heading into 2021, you’ve likely heard about cryptocurrencies in some way or form. Considering the increasing attention and publicity surrounding the crypto sphere, traders and investors are jumping on the bandwagon, looking to accept the new future of finance. Studies report that almost 15% of Americans own cryptocurrencies like Bitcoin, Ethereum, and Dogecoin. Yes, the meme coin.

Interestingly, a significant portion of these investors invested in these assets over the last two years. So regardless of what everyone thinks, there’s a strong chance that cryptocurrencies could impact you, the future of business transactions, and the global economy.

Heading to 2009, Satoshi Nakamoto, a mysterious figure, introduced the first cryptocurrency known to man, Bitcoin, by publishing a white paper on the internet following the 2008 financial crisis. Ever since, the world of finance has never been the same. Bitcoin was introduced to tackle the inherent issues of centralized financial institutes that control global economies through creating a decentralized system. This means that Cryptocurrencies are not regulated, moderated, or controlled by a central authority. Instead, a consensus mechanism that everyone on the network follows holds and governs how each cryptocurrency works.

By establishing its digital currency on blockchain technology, Bitcoin ensured that everyone participating in the network could access benefits like security, transparency, and trust. Bitcoin did so by establishing a peer-to-peer version of electronic cash that enables online payments to be sent directly from one body to another without having to go through the hassles of centralized intermediaries.

How are cryptocurrencies the future?

Over the last decade, Cryptocurrencies have grown significantly. With increasing numbers of users, investors, and traders joining the ecosystem, the market seeps with opportunities. Considering the advancements of cryptocurrencies over the years, the industry is worth over $2 Trillion, with $3 billion traded every day on Bitcoin alone.

Cryptocurrencies today are leading the finance world, with digital currencies such as Bitcoin and Ethereum doing exceptionally well. While Cryptocurrencies are relatively nascent to traditional assets, they have many potentials to grow, develop, and eventually replace money as we know it. So now you might be wondering, will Cryptocurrencies be the widely accepted currency soon.

Bitcoin continues to rule the market after being introduced more than a decade ago; similarly, Ethereum is not far behind. Despite its unfortunate crashes over the years, the likeliness of the assets hitting $1 million in value seems unreal to some experts. Experts suggest that the Dollar has its roots deep as the world’s premier settlement currency and cryptocurrencies have yet to be globally adopted. However, it may seem inevitable.

The macro picture as a positive tailwind

With the Dollar’s influence slowly deteriorating and the United States’ ability to pay debts worsening, Cryptocurrencies gain mainstream adoption heading into the second quarter of 2021. Although investors mostly hold Cryptocurrencies as profitable and valuable investments, Businesses and large organizations are adopting the currency as a means of payment.

Many people worldwide are joining the crypto sphere based on fears and speculations that central banks worldwide are depreciating the value of their currencies. Contrarily, in the effort of this widespread fear, the price of Bitcoin and Ethereum has more than quadrupled since June last year, valuing the asset at $39,000 and $2700, respectively at the time of writing.

According to the IMF, with increasing debts, the pandemic projects the beginning of yet another crisis. Currently, the indebtedness of developed and underdeveloped countries has surged to over 70% of their economic output, giving more room for Cryptocurrencies to process their goal to replace fiat currencies as a medium of exchange.

So what’s keeping assets such as Ethereum and Bitcoin to reign supreme over the world. Well, of all the limitations that chain cryptocurrencies are their notorious volatility and sensitivity to speculation. For example, Bitcoin’s price dropped from $59,000 to $39,000 in one week. Similarly, Ethereum dropped from its all-time high, $4,300, to $2,700 in under a week.

Experts suggest that most cryptocurrencies investors firmly believe that the asset’s volatility, unpredictability, and sensitivity to speculation is the core reason why the assets haven’t replaced traditional currency yet.

The asset’s volatility plays a crucial role in the adoption of cryptocurrencies for everyday transactions. For example, Bitcoin’s value has gone down 27%, and Ethereum’s price has decreased by 25%.

It’s not eye-opening how cryptocurrencies have not infiltrated global adoption yet, considering how aggressively the value can shift overnight. At the moment, all conclusions point to cryptocurrencies being unfeasible; however, the solution lies in time. With Ethereum and other cryptocurrencies such as PolkaDot rolling out innovations in the market, we likely get to see cryptocurrencies widely accepted on a global scale.

With the introduction of Crypto ETFs, Tokenized Stocks, NFTs, among others, Cryptocurrencies are heading into a future where it likely changes our lives dramatically. Investing in Cryptocurrencies has become easier than ever. However, the technology’s limitations and inherent risks are the only limiting factors on Cryptocurrencies’ growth. Contrarily, it’s very likely that new developments will overcome these limitations will be overcome in time. Technological advancements and innovations happen fast in the Crypto sphere. What do you think? Are cryptocurrencies the future of finance?

Are you looking for the most promising coins in 2021? Read more here.