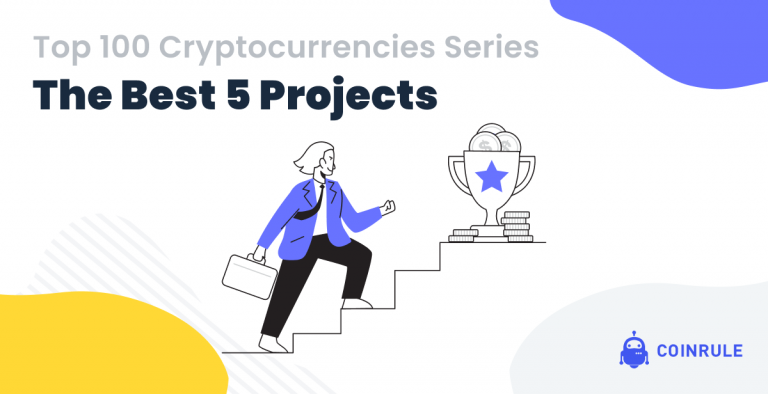 Seeing how well cryptocurrencies have been doing, it’s very likely you’ve heard about them from somewhere, whether it was from social media platforms, conventional media, or word of mouth. According to NASDAQ, around 14% of the American population has invested in cryptocurrencies, with 46 million American citizens owning Bitcoins.

A majority of the population and the millennial generation worldwide is looking for another safe haven. During the pandemic, global economies have been printing money non-stop and devaluing their currency. Hence, the inherent issues in traditional financial institutions, centralized markets, and governments, Cryptocurrencies aim to fix those issues through their technology, consensus, and idea.

Currently, there are over 10,000 unique cryptocurrency projects listed on the market. The market is worth well over $2 Trillion. This valuation is extremely impressive because the cryptocurrency market is just a decade old relative to the antique gold market. Given the increasing number of projects in the market, the market is abundant with smart chain tokens, stablecoins, and various other projects.

Interestingly, many of these tokens aren’t secure. They fail to provide utility, have no potential, and have no vision; however, many people can quickly invest in these tokens to surge the price and capitalize on the opportunity. In reality, many of the tokens in the market are redundant and have no concrete plan to succeed or grow in the crypto space; however, some cryptocurrencies we think are worth a shot.

In this article, we’ll be discussing the top 5 projects, among the top 100 cryptocurrencies, you should be watching.

Cardano is easily one of the most promising projects in the crypto space right now. One crucial factor is that Cardano has seen a solid price momentum during the first quarter of 2021. Heading into this year, Cardano’s value surged from $0.182 to $1.45 by the end of the first quarter. Since then, despite the recent crypto price dips, Cardano’s value has stayed stable at $1.52, heading into the second quarter of the year.

A lot of Cardano’s success is attributed to the rise in the adoption of the asset after the project allowed users to build contracts on the project’s network. While Cardano is notorious for taking things gradually, the project has seen consistent growth over the years. Eventually, the effort bore a lot of fruit as Cardano ranks among the top ten cryptocurrencies by market cap.
Cardano’s smart contract functionally enables developers to build DApps, introduce new tokens, and expand the DeFI space. Therefore, Cardano should be on your watch list.

Ethereum undoubtedly has unsurmountable potential. Not only it’s among the top 100 cryptocurrencies, it also ranks as the by far most valuable Blockchain after Bitcoin. With Eth 2.0 expected to be fully functional by the end of this year, Ethereum is very likely to dethrone Bitcoin. With a market cap of over $270 billion, Ethereum is the second-largest cryptocurrency project. In addition, Ethereum was the first project to enable developers to develop, build, and deploy their DApps and systems under a decentralized ecosystem.

There are a plethora of features that make Ethereum an exciting development in the cryptocurrency ecosystem. To begin with, it’s the solution to the existing problems of the global economy. Ethereum’s native cryptocurrencies are ideal solutions for money that the world has come up with.

You should be watching Ethereum because the project is a forward-thinking organization and is always looking to adopt changes and look for solutions to solve the problems inherent in global economies, which is evident in the platform’s multiple Ethereum improvement proposals. Seeing how well NFTs have been doing and Ethereum’s plans to shift from the unsustainable Proof of Work consensus protocol to the Proof of Stake consensus protocol, Ethereum is expected to be an interoperable and vastly scalable solution.

While the project has been under the radar ever since its release four years ago; however, it has transcended the crypto ecosystem with the official release of its mainnet in 2020. Interestingly, the project gained a lot of attention for its features. The project’s native token, DOT, dramatically surged its way into the top 10 cryptocurrencies by market capitalization.

With a market cap of over $21 billion, Polkadot is hard to miss. The community initially lauded the project as a successor and rival to the Ethereum project. It’s ironic because Ethereum was also introduced as a rival to Bitcoin.

You should be watching Polkadot because the project seeks to power the decentralized future of the internet through Web3. Polkadot is easily one of the most promising and complex projects in existence by introducing an interoperable solution that is compatible with other blockchains. Polkadot is a cryptocurrency that fulfills every requirement the market currently needs. It has a great community, a solid development team, a visionary founder, influential partnerships, investments, significant market cap, scalability, upgradeability, high transaction speeds, among others. You can’t go wrong when it comes to Polka Dot.

Litecoin is one of the more successful projects in the crypto ecosystem. With Bitcoin becoming harder to acquire, Litecoin was introduced to improve Bitcoin’s existing problems with faster transactions and a more democratic mining process hence making the project more inclusive than exclusive.

Today, Litecoin has been at the forefront of most traders’ interest thanks to its fast transaction times and relatively cheaper fees. With a $12 billion market cap, Litecoin is a must-watch project.

Polygon, previously known as Matic Network, is an emerging framework engineered to enhance interoperability between the Ethereum mainnet and other compatible networks. It’s a new entry among the top 100 cryptocurrencies, and it’s now one of the most promising among thousands of other coins and tokens. Recently, the project has seen a dramatic surge as the project’s native token skyrocketed 26000% since the start of this year. Unlike other projects in the list, Polygon is a layer-2 network. Thus, it is an additional layer on top of Ethereum to add scalability and improve interoperability between blockchains.

Here’s why you should closely watch Polygon:

If you’re looking to invest in one of the top 100 cryptocurrencies, look no further. Coinrule is a meta trading platform that enables users to set up rules-based cryptocurrency currency trading across multiple crypto exchanges. Automate the process, protect your funds, and catch the next market opportunity with Coinrule.

Disclaimer: Nothing in the Site constitutes professional or financial advice, nor does any information in this article constitute a comprehensive or complete statement of the matters discussed.