What are Bollinger Bands?

Bollinger Bands are among the most famous and widely used technical analysis indicators. They were created by John Bollinger in the early 1980’s. A Bollinger Band is a technical analysis tool defined by a set of trendlines traditionally plotted two standard deviations (positively and negatively) away from a simple moving average (SMA) of an asset’s price. The SMA (the middle line) then serves as a base for the Upper and Lower Bands which are used as a way to measure volatility by observing the relationship between the Bands and price. When the Bands are converging and the gap between them is small, it indicates that volatility is low and that a breakout could be imminent. 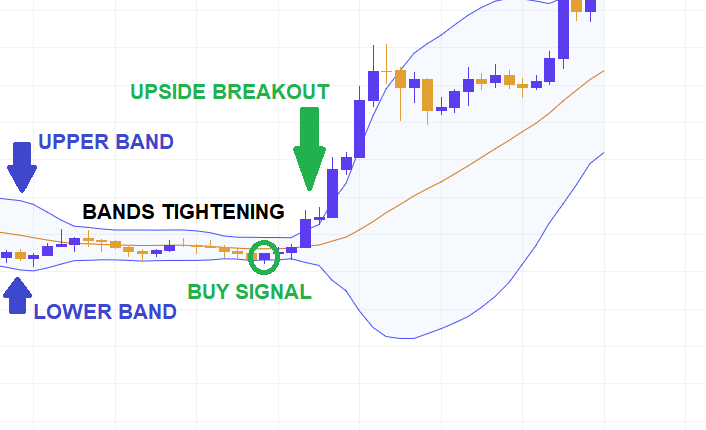 In the above example, the tightening of the Bands provided an indication that a breakout could be imminent. When the price broke the lower band, it would have been a great buying opportunity as there was a massive upwards breakout following this signal.

Check out some of our Bollinger Bands templates to get started with building this indicator into your strategies.

We hope you enjoy the new features. Happy trading!